Status and Trends of the Earth’s Protected Areas

Protected areas (PAs) have been heralded as one of the cornerstones of global conservation efforts. PAs currently cover 15.4% of the world’s terrestrial areas and 8.4% of the world’s ocean area. Although coverage is increasing there is growing evidence that protected areas are not always effective. For conservation strategies to be successful it is therefore critical to find out if, where and how PAs are working.

The “Protecting Species” report, presented at the 2014 World Parks Congress, uses the Living Planet Index as an index of population abundance change over time to assess the impact of PAs for a species globally, acting as a proxy for the effectiveness of PAs to conserve biodiversity. In this inaugural report we look into the efficacy of PAs using the status and trends of populations within PAs across the globe using protected populations of species that are currently being monitored and have been incorporated into the Living Planet Database. This report used 4356 populations from 1526 species in the analysis all within protected areas. Figure 1 shows their global distribution. 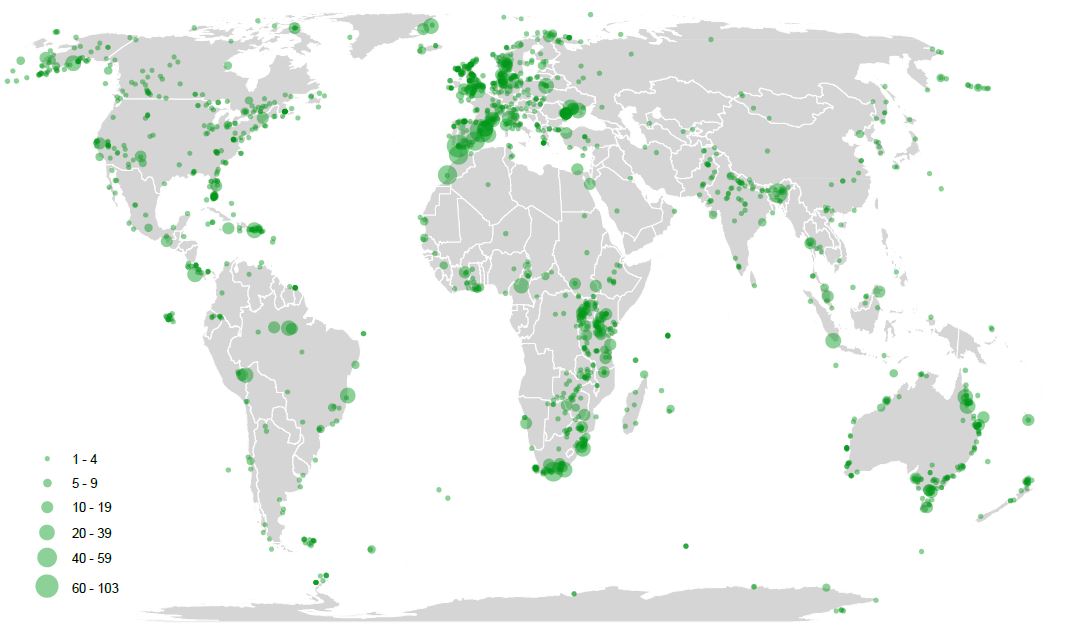 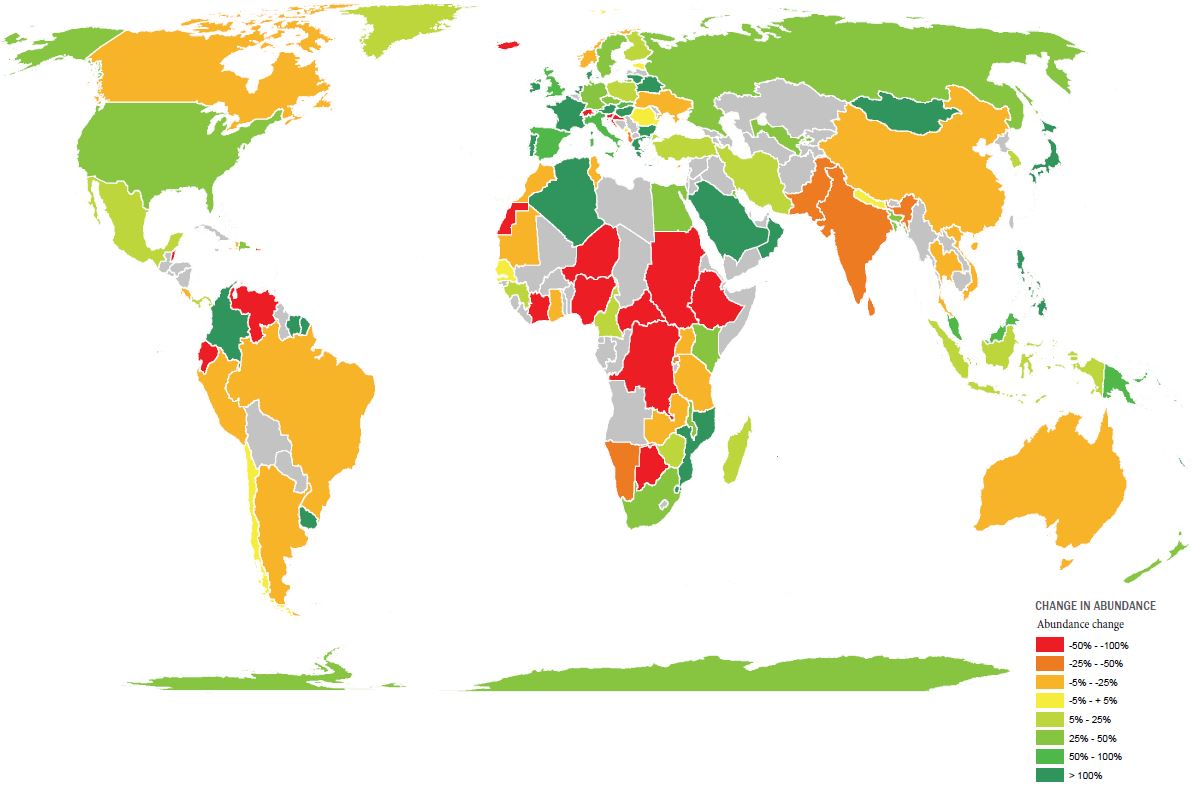 Figure 2. Map showing the change in abundace of wildlife populations within protected areas. 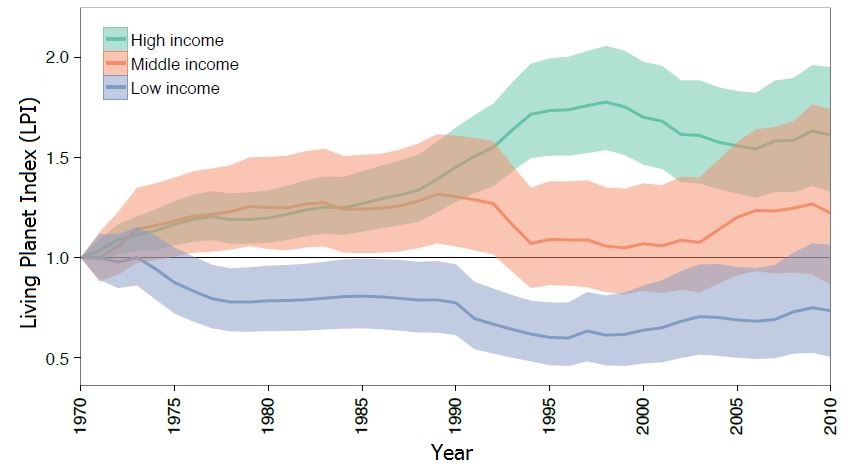 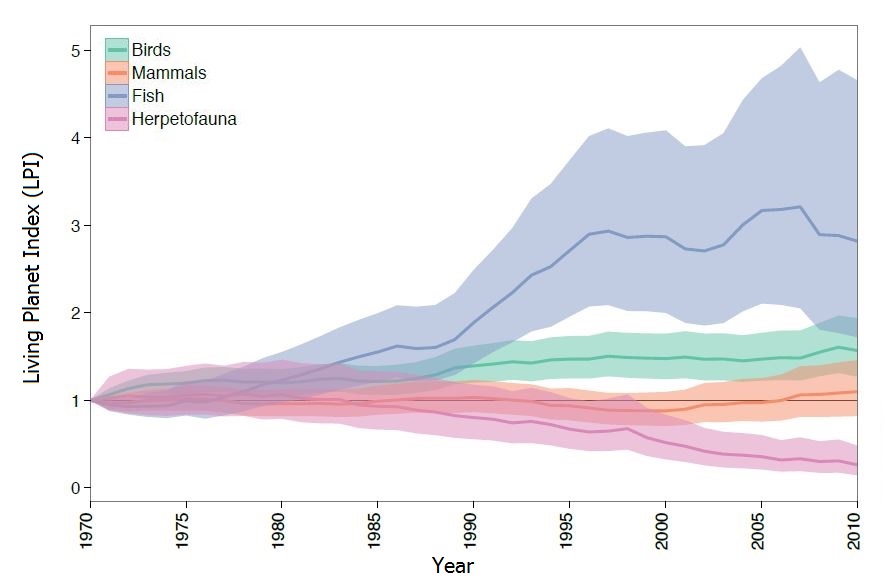 Figure 4. Living Planet Index showing trends in taxonomic classes from 1970-2010. Reptiles and Amphibians have been combined as 'Herpetofauna'.

Taxonomy also plays a role in the differences in trends in wildlife populations within protected areas (Figure 4). Reptiles and amphibians in PAs show average population declines of 34% and 97% respectively (combined a decline of 74%), while fish, birds and mammals showed increasing trends (182%, 57% and 10% respectively). 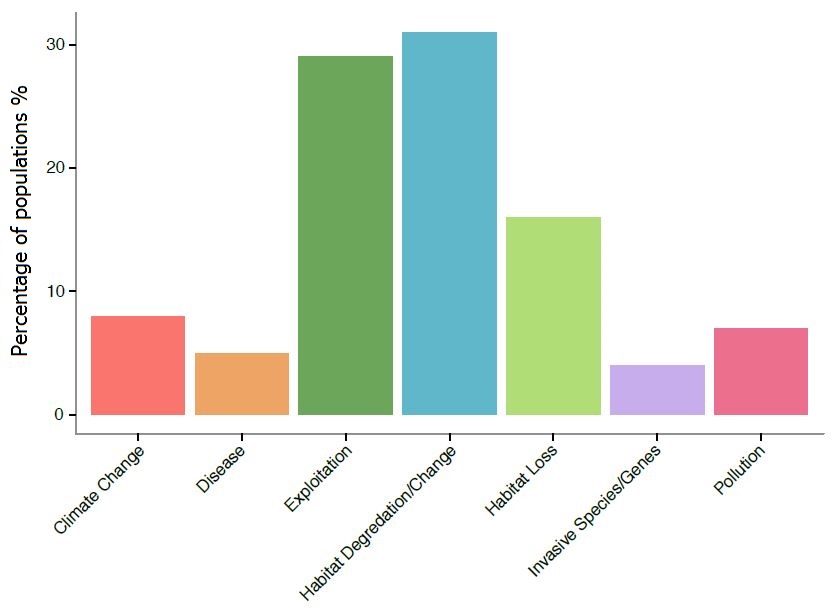 Although these results suggests that PAs are working in some cases, protected wildlife populations continue to be affected by habitat change and exploitation (Figure 5), including in some of the most famous PAs in the world, for example in Australia’s Great Barrier Reef and the US Everglades.

Following this introductory report, it is crucial that we move beyond describing trends and start understanding the processes that enable some PAs to be effective and others not. As a growing collaborative effort we will continue to work on this important dimension of PA research and policy, addressing the issues and opportunities presented in this report and building a robust tool for measuring biodiversity outcomes in protected areas.

Read the full report below: