TheThe use of wildlife supports many people for their food, medicine, and livelihoods. Ensuring that this use is sustainable is central to conservation to ensure the persistence of species alongside continued utilisation by people. Using more than 11,000 wildlife population trends from the Living Planet Index (Figure 1), we conducted a global analysis of local-scale data to better understand how wildlife populations respond to utilisation.

We found that utilised populations declined on average by 50% between 1970 and 2016 and showed steeper negative trends than populations that were not utilised (Figure 2). Encouragingly, populations under targeted management, whether utilised or not, fared better than those that are not managed (McRae et al 2022). 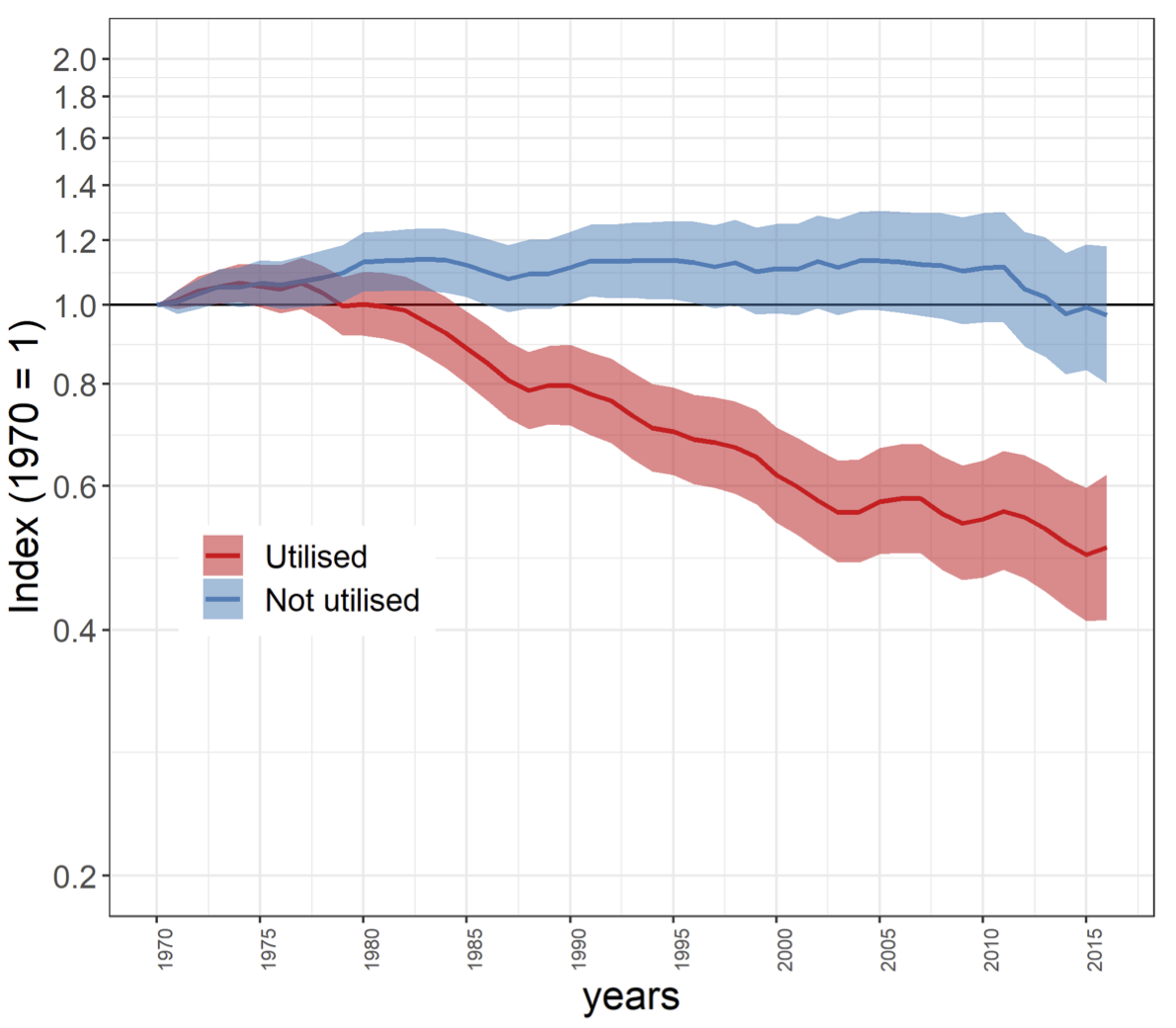 The LPI for utilised populations was used in Chapter 3 of the IPBES assessment of the sustainable use of wild species (IPBES 2022). This index has also been proposed as a complementary indicator in the post-2020 global biodiversity framework for Target 5 and Target 9.